Your goal is to reach a flag to proceed to the next puzzle.

You have a limited amount of dices to reach the goal, the amount depends on the level.

You can place a die in a hole, be aware, that each time you go through the hole, die will lose one and when it becomes zero it will destroy itself.

Dices can have two elemental abilities: Ice and Fire.

Fire can burn down wood, how many it will burn down depends on the die side.

Fire also can melt ice, how many tiles it will unfreeze depends on the die side.

Ice can freeze water, how many tiles it will freeze depends on the die side.

There's only one special die, it's infinity. Dices that are infinite can't be destroyed, only used, infinite dices with fire/ice elemental will melt/freeze every single entity it had connection to.

To move select a die and click on the character, the side of the die will determine amount of turns you have.

This was really great. Art and chill music blends lovely. I loved the puzzles, they got challenging but I never felt like I got stuck for too long. 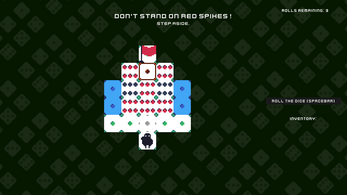 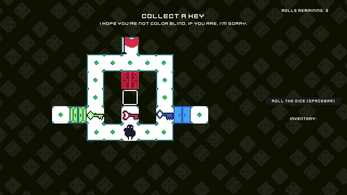 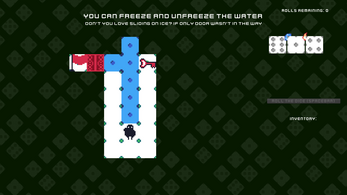